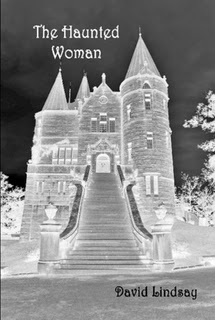 The Haunted Woman is a tense, atmospheric novel that questions the nature of reality. Isbel Loment is leading an ordinary, if uneventful, existence. She is engaged to a rather boring man and is just passing through her own life. Everything changes when she and her fiancé rent a remote house in Sussex. In the house Isbel discovers a strange staircase few can see, which leads upwards to three rooms, Rooms that appears to exist only part of the time or just in a different reality from her own. Her discoveries in this house will change both her life and her destiny forever. David Lindsay was author of A Voyage to Arcturus, and is considered to be one of the great British fantasy authors. His work forms a bridge from George MacDonald to authors such as C. S. Lewis and J. R. R. Tolkien, who both greatly admired Lindsay's work.
"I wish I had written this one myself!" - The Publisher 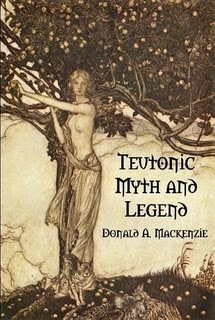 Teutonic Myth and Legend - An Introduction to the Eddas & Sagas, Beowulf, The Nibelungenlied, etc. This is a good collection of Northern myths, interspersed with poems and passages in classic literature that were inspired by (or are adaptations of) these myths. Like most myth collections, each story stands alone and a search for plot cohesion or smooth continuity will end in frustration. But each stand-alone is rich in imagery and a certain dreaminess that, in aggregate with all the other stories, impart a fierce, cold, clear imaginative state that lingers far after you've closed the book. 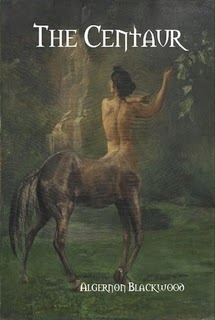 A Supernatural Fantasy by Algernon Blackwood
A newspaper reporter wants a change from the hectic meaningless life he is leading. He wants a simpler life. One that takes him, perhaps, back to nature. Aboard a steamer, he meets a man and boy. They seem to be going home. Not just back, but home. This man and boy are friendly but at the same time distant. They may possess the secret for which he is looking. He finds himself on a strange voyage and an even stranger trip to the hills of the ancients and the beings that are 'as old as stone'. Can he find and keep the contentment he seeks? And who is this strange being that is trying to show him the way? Would you answer the call of the pan pipes, if you heard them? One of the greatest "mystical" works by Blackwood, wherein he explores man's empathy with the unknown forces of the universe.

Buy it directly from us!
Posted by Lars Ulwencreutz at 10:15 No comments: