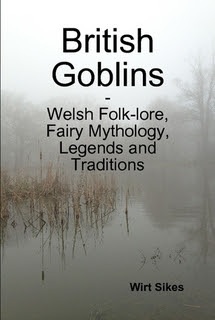 British Goblins does a good job at its stated purpose - collecting and loosely categorizing Welsh Folklore of every category, ranging from the reasons behind certain customs and superstitions of daily life, to descriptions and associated stories of various faeries, goblins, and giants, to descriptions of apparitions and the view of the afterlife, to more fantastic things, like dragons, standing stones, and magic wells and stones.

Although a somewhat anecdotal approach is taken, the author has in fact preserved a good deal of information that might have otherwise been lost.

Buy it directly from us!
Posted by Lars Ulwencreutz at 09:25 No comments: 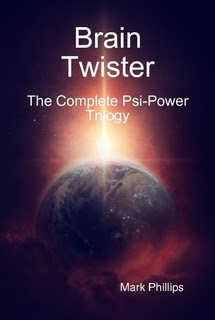 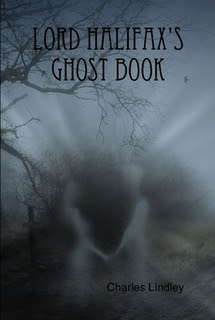 Lord Halifax’s Ghost Book - A collection of 'true' ghost stories collected by Lord Halifax, a Victorian English Viscount with an interest in the supernatural. Most document hauntings in the great houses of Britain, but there are interesting and eerie detours into prophetic dreams and ghostly warnings from beyond, and even an account of a vampiric cat! This is the first collection of two.

Buy it directly from us!
Posted by Lars Ulwencreutz at 12:41 1 comment: 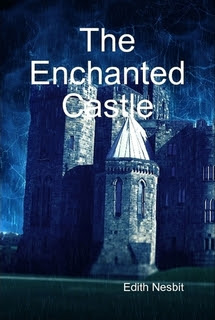 Once upon a time, there were three bored but imaginative little children, Jerry, Jimmy, and Cathy, left all alone in a boarding school with one nosy maid and an agreeable French governess for the holidays. Having securely wrapped the governess around their collective little fingers, they secure her permission to go into the woods one afternoon. In the woods, they find a castle garden, and in the garden they find a sleeping princess dressed all in pink silk with a magic ring on her finger.

The princess is really Mabel, the housekeeper's niece, who is only pretending to be royalty. But when she shows them a secret room filled with treasure where they discover a magical ring, enchantment becomes a reality.

Be careful what you wish for. There is invisibility, there are secret passages, there are gods and goddesses and a dinosaurus, there is magic and myth and a whole world of hidden secrets.

Buy it directly from us!
Posted by Lars Ulwencreutz at 11:19 No comments: