What if... No 3 - Occult Detective Fiction 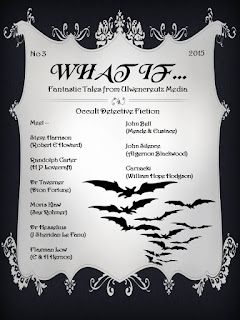 Read it or download it here from SCRIBD for FREE!

Download as PDF or read online from Scribd.
Click on the picture to the left to see the content for this issue!
Posted by Lars Ulwencreutz at 22:09 No comments:

Email ThisBlogThis!Share to TwitterShare to FacebookShare to Pinterest
Labels: Supernatural Detective Stories, What If...

Francis Stevens - The Heads of Cerberus 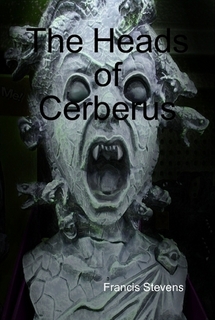 Written by the woman whose pseudonym was Francis Stevens, it has been hailed as the first alternate history novel. Fantasy master H. P. Lovecraft hailed Francis Stevens as among "the top grade of writers." "The Heads of Cerberus" tells of "an alternate-world Philadelphia, reached by a handful of this-world people. This Philadelphia is one in which the political corruptors have become ruthless autocrats, ruling through phony "civic service" competitions which result in cynically brutal enslavement of the people. The name of William Penn has become, under the organizational label of "Penn Service," the very fountainhead of viciously depraved, dictatorial government. Definitely a classic and fun to read."

Buy it directly from us!
Posted by Lars Ulwencreutz at 11:21 3 comments: 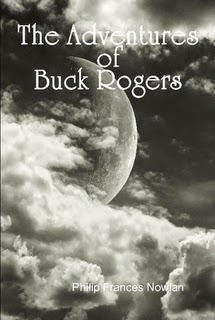 “Armageddon - 2419 A.D.” - Buck, a victim of accidental suspended animation, awakens five hundred years later to discover America groaning under the tyranny of the villainous Han, ruling from the safety of their armored machine-cities. Falling in love with one of America's new warrior-women, Wilma Deering, Rogers soon become a central figure in using newly-developed scientific weapons - disintegrators, jumping belts, inertron, and paralysis rays - to revolt against the Han.

“Airlords of Han” - He and beloved, warrior-woman Wilma Deering, must lead a desperate a battle to the finish against a superior foe - using futuristic weapons such as disintegrators, jumping belts, inertron, paralysis rays, and atomic torpedoes. The climatic conflict features a special effects battle of ships and rays that would challenge even today's greatest filmmakers to reproduce successfully on film.


Posted by Lars Ulwencreutz at 12:47 No comments: 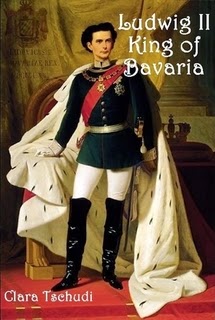 Ludwig II - the Fairy Tale King - was King of Bavaria from 1864 until his mysterious death. He succeeded to the throne aged 18. Two years later Bavaria was effectively absorbed into the German Empire. Ludwig remained King of Bavaria, but largely ignored such state affairs as remained to Bavaria in favor of extravagant artistic and architectural projects. He commissioned the construction of two lavish palaces and the Neuschwanstein Castle, and was a devoted patron of the composer Richard Wagner. Ludwig spent the royal revenues (but not state funds) on these projects, borrowed extensively, and defied all attempts by his ministers to restrain him. This was used against him to declare him insane, an accusation which has since been refuted, and this led to his mysterious death. Was it suicide, an accident or a murder? Ludwig is well-regarded and even revered by many Bavarians today. His legacy of architecture and art includes many of Bavaria's important tourist attractions. Illustrated. 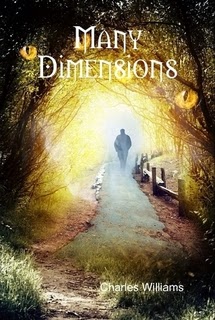 A remarkable object has fallen into the hands of the abominable scientist Sir Giles Tumulty. Once positioned at the center of the crown of King Solomon, it is a stone of astonishing and terrifying power, capable of good and evil alike. Anyone who touches it can move through time and space, perform miracles, and heal or kill. The stone can replicate itself, and does so during the course of Sir Giles’s inhuman experiments, subsequently falling into numerous unworthy hands throughout England. There are those who will attempt to use the stone for personal gain, only to discover that it is they themselves being used by a power beyond their comprehension; some will find themselves trapped in eternally repeating nightmares from which there is no escape; still others will be freed from their earthly burdens. And so begins the battle between the forces of darkness and light for control of the most dangerous object in existence. A gripping metaphysical thriller by Charles Williams.

Buy it directly from us!
Posted by Lars Ulwencreutz at 10:14 No comments: 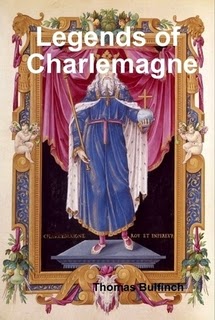 Kind of a biography, based on myths, legends and stories about “Charlemagne” – Charles the Great, king of the Franks. Read about the adventures of the fantastic Paladines and about the greatest of them all – Roland. By Thomas Bulfinch.

Buy it directly from us!
Posted by Lars Ulwencreutz at 10:53 No comments: