Robert E Howard - The Shadow Kingdom and Other Weird Tales 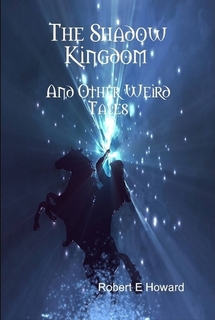 The Shadow Kingdom and other weird tales

Robert Ervin Howard was an American pulp writer and is especially noted for his memorable depictions of "a sombre universe of swashbuckling adventure and darkling horror." He is well known for having created the character Conan the Barbarian.

Meet Solomon Kane, Kull of Atlantis, Bran Mak Morn, Black Vulmea, James Allison and others in Howards weird tales of fantasy and horror. In these classics Howard spins tales of unrelenting terror, the legacy of one of the world’s great masters of the macabre. 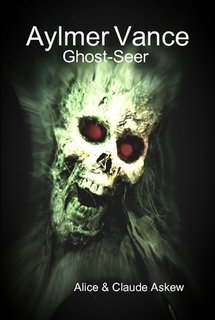 This is a collection of eight ghost stories, written by the remarkably prolific husband and wife team of Claude and Alice Askew, centering on Aylmer Vance, an investigator of the supernatural. Dexter, the narrator, meets Vance during a fishing holiday and Vance tells him three ghost stories on successive nights, each story involving Vance more closely in the action. The fourth story brings Dexter himself into the action, and reveals him to have unsuspected clairvoyant powers. The remaining stories feature Vance and Dexter as a sort of Holmes-and-Watson team investigating incidents not all of which prove to have supernatural causes.

The final story, “The Fear” is very effective, describing a house in which a general feeling of extreme fear grips the inhabitants at various times and locations; the emotion of fear is effectively evoked and an interesting tale is constructed as Vance and Dexter work to assign the fear “a local habitation and a name”.

Buy it directly from us!
Posted by Lars Ulwencreutz at 13:49 No comments: 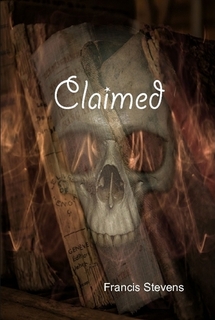 Claimed opens with the recovery of a mysterious artifact, a strange box bearing an undecipherable inscription, from an uncharted island following an undersea volcanic explosion that nearly dooms the ship that discovers it. Brought back to civilization, the box is purchased by a crotchety old millionaire who quickly comes to regret it. Horrible apparitions of the sea appear at night and frightening dreams plague the old man, his niece and the young doctor who's serving him. While the doctor does what he can to learn of the box's origin and the meaning of the strange writing, the nonstop macabre visions, and occasional deaths, that have appeared in the box's wake eventually lead to the abduction of the old man and his niece by persons unknown. In pursuit of his employer across the high seas, the doctor learns of the box's evil origins from the mad sailor who originally found it. 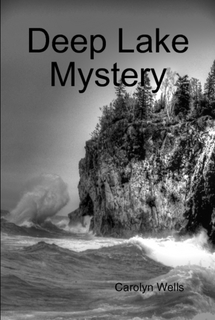 Imagine a murder committed in a room which has been sealed from the inside, with no possible means of exit. Add to that image a wreath of flowers around the head and across the chest of the victim, a crucifix, an orange, a feather scarf tucked in here and there, two crackers, a handkerchief, and a feather duster, a nail and a watch in a water pitcher by the bedside. Place yourself in a position to solve the mystery behind this obvious murder of a wealthy man who was liked by everyone and had no known enemies.

Gray Norris is invited to join detective Keeley Moore and his wife at their vacation cottage at Deep Lake, for a relaxing month. That goes by the wayside when one of the Moore's neighbors is killed under bizarre circumstances behind a locked door. The only way the killer could have escaped the room was by diving from a third story window into the dangerous water below, avoiding hidden rocks and currents that could drag a swimmer under for good. 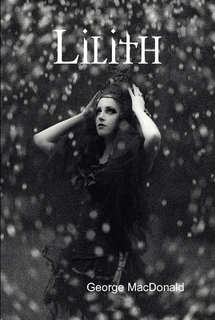 This is the story of Mr Vane, an orphan and heir to a large house - in which he has a vision that leads him through an old mirror into another world. In the trips he makes to this other world, he explores the mystery of evil. Mr. Vane owns a library that seems to be haunted by the former librarian, who looks much like a raven. After finally encountering the mysterious Mr. Raven, Vane learns that Raven had known his father; indeed, Vane's father had visited the strange parallel universe from which Raven comes and goes. Vane follows Raven into the world through the mirror.

Lilith, written by the father of fantasy literature, George MacDonald, is considered among the darkest of MacDonald's works, and among the most profound.

George MacDonald is one of the most severely underrated authors of all time. A contemporary to Lewis Carroll and major influence on C.S. Lewis and J.R.R. Tolkien, this man’s imagination apparently knew no bounds and that is incredibly apparent in his masterpiece, Lilith.

Buy it directly from us!
Posted by Lars Ulwencreutz at 17:10 No comments: